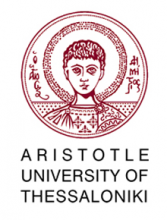 See all the stories

In what way is INBO an important network on a European and global scale?

INBO has done what is essential for water management: it is to combine the various knowledge on water resources, in connection with the European Directives and their legal applications.

INBO members put into practice and promote the integrated management of the resource, on a strategic scale, the basin. Hydrological, hydraulic, scientific and legal considerations, for example, are combined in a transversal way.

In addition, INBO promotes the organization, networking and cooperation of several actors in the same country and at the international level.
It is essential to always maintain this basic concept of basin management. It would be a serious mistake to do as in the Athens region, where several municipalities have several administrative borders.
Without coordination, these municipalities can try to solve some problems but create new ones. For example, during floods, water drainage in some municipalities contributes to flooding downstream!

What are the main challenges of water management and public policy orientations in Greece?

The main issue in general, not only in Greece, is good governance. When we say governance, it is not only a question of management, it is also the interaction with users, local authorities, and all economic actors.

A Greek myth says that during antiquity, when the Athenians wanted to create the city of Athens, a question arose about the need to choose a location. Either in a place where there was a large river to have direct access to water, or by staying in a territory with a particular relief.
The myth says that Poseidon, god of the sea, and Athena, goddess of wisdom, had divergent opinions on this issue. Unlike Poseidon, who argued for the first solution, Athena believed that if the Athenians ran out of water, it was no big deal because, with knowledge and wisdom, they could find much better solutions than if they had plenty of it.
In the 5th century BC, the Athenians therefore used the groundwater of the Attica region in a very developed way by creating underground water supply tunnels. Dug in the rocks, they connected 2 wells. They are still in use today!

With this technical system, they have succeeded in developing good water management. They have added water laws to it. With little surface water available, they made sure not to bring the wells too close together to share the water between neighbours. In the event of a water shortage, they built a public well to which everyone had access.
Sometimes, a severe drought can be an opportunity to find solutions. But, be careful: I am not saying that we must create austerity conditions to move forward and find innovative solutions!

Currently, in Greece, as in all countries, governance is therefore a central issue, while each state has to deal with very different territories.

In Greece, we have plains, large mountains and islands. In the plains, groundwater has been almost exhausted by agricultural activity. Water is not respected. It is polluted. The principle of 'every man for himself” takes precedence over the general interest.

In Greece, what strategy have you put in place to achieve better water governance?

At the state level, we have achieved a good level of knowledge and strategic governance of water. But at the regional and local level, the development of action plans or programmes of measures is still too rare and complex.

Our politicians need to improve their participation and involvement. The multitude of users and interests involved creates many conflicts that they must be able to help resolve. In addition, a fair legal framework is needed.

This is what we are currently trying to put in place [June 2019]. It will take time, because it is a political issue. Those in charge in the field must be concerned. We need to take the issue to the scale of small communities because it is still missing in Greece.

As they are unable to organize themselves, regional and local politicians have asked for a framework directive to be developed at the Ministry level. We believe that this is not the best way to proceed, but we have nevertheless produced two strategic plans, while explaining that we would help them adapt them to their local reality.

It should be noted that there are no Basin Agencies in Greece. Each Prefecture has a Water Directorate.
These Directorates feel that they do not have the capacity to build and implement an action plan based on the Ministry's recommendations. At the Ministry level, we insisted on the fact that these general guidelines must be adapted and completed, according to local issues.

We will evaluate the results obtained, following this new organizational proposal, in the medium and long term.

At a time when a new European Parliament has just been elected, how can INBO support the Deputies in improving practices and optimizing the use of natural resources in Europe?

The problem in Europe is that we have a very good Water Framework Directive, but each country interprets it to his own way. So we cannot really give an example of good European water governance.

The application of this Directive in Sweden, France or Italy is quite different. Therefore, INBO's role would certainly not be to homogenize practices, because it is not always the same model according to the territories, but it would still be necessary to consult much better between European countries to find an effective example of adapted governance, which would really be a reference.

As a network, INBO could also play a catalytic role in the collection of data and the production of comparative studies, on a European scale.

INBO should prioritize its actions on burning issues such as pollution and plastics management at the European level.

INBO could identify and promote innovative solutions, within its network, to better share them on a European scale.