AN INCUBATION PROJECT SUPPORTED BY:

VERBATIM OF THE PROJECT LEADER :

« Our project in Angola is part of our vision of a human, collaborative and efficient engineering that allows us TO: 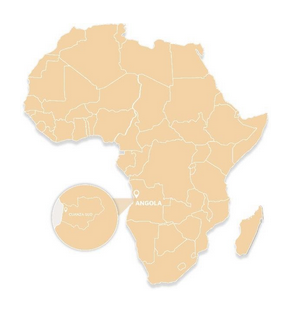 CONTEXT AND ISSUES OF THE TERRITORY :

Angola has 60 million hectares of agricultural land, of which only 290,000 ha are permanently cultivated (FAO STAT, 2015). According to the Food and Agriculture Organization of the United Nations, Angola is one of the five countries with the highest agricultural potential, but only 10% of the land is used, mainly due to the country's insufficient irrigation rate. Angolan agriculture is essentially family-based. Its development could significantly reduce the country's external dependence on food for its population, thus reducing its foreign exchange needs.
In many areas of the country, the development of agriculture requires irrigation and the control of water resources.

This project is in line with France desire to strengthen its partnership with Angola.
A pilot project that can be replicated in other agricultural areas and a tool for boosting agricultural trade
The project area is an old irrigated perimeter using colonial canals left by Portuguese. Since the infrastructures were abandoned, the area has become a savannah, with some parts cultivated only during the rainy season.

GOAL(S) OF THE PROJECT :

The project aims to implement a project to rehabilitate and revive agricultural activities in a pilot area of the Kwanza Sul region. 15,000 families live in the area, which covers about 5,000 ha of agricultural land, of which about 1,000 ha were irrigated.

It will enable a village farming community, settled on an old irrigated perimeter, unmaintained and degraded since the period of instability of the civil war, to restart agricultural activities and improve its standard of living.  The territorial approach of the pilot project must integrate both rain-fed agriculture and the revival of irrigated agriculture by working on production, processing and marketing systems, while integrating the project into a social and environmental approach that directly responds to the needs of the population, in a logic of respect for the environment, the search for a reduction in greenhouse gas emissions, and the search for a balance between food and cash crops... 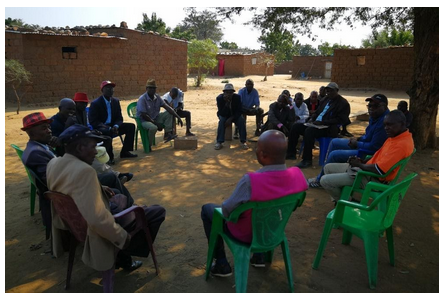 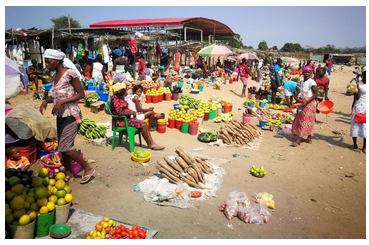 Example of commercialization of local products in the Zambia market

Some examples of the current state of irrigation infrastructures and rehabilitation

SDG TARGETED BY THE PROJECT:

This pilot project is intended to be a showcase for French expertise in engineering, water management, taking into account the environment and climate change, and supporting agricultural production sectors, with the aim of sustainably reviving irrigated activity and strengthening the beneficiary's capacity to carry out such projects.

It should eventually lead to :

STAKEHOLDERS OF THE PROJECT :

Ministry of Agriculture in Angola,
Producers' Cooperative of 28 September

ESTIMATED COST OF THE PROJECT: