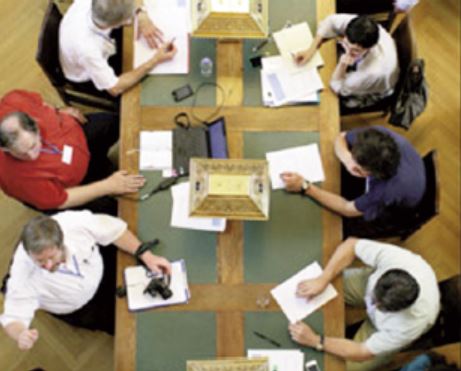 The Voice of the Danube, a workshop to involve population in water management plans definition

After an intense public consultation campaign led by the International Commission for the Protection of the Danube River (ICPDR) to involve the basin's population in the development of Danube River Basin and Flood Risk Management, a workshop was organised. During a day and a half, more than 80 participants expressed their opinion on the river plans drafts.

To extract knowledge from the participants, the participants, divided into five groups guided by a facilitator and observed by a rapporteur, spent 30 minutes in discussion, before rotating to change the subject. The five topics at the core of the discussion reflected the main themes of the two management plans: hazardous substances and pollution, hydromorphological alterations and integration issues, public participation and communication, flood risk management and funding of the measures proposed by the plans. A final report on all public consultation work was be published. Each comment was recorded in this report with a note explaining how it was considered or why it was rejected. In both cases, the opinions expressed by the stakeholders will be treated with the utmost respect.

Modern media allowed direct interaction with the audience, with all presentations being broadcast live and through social media.